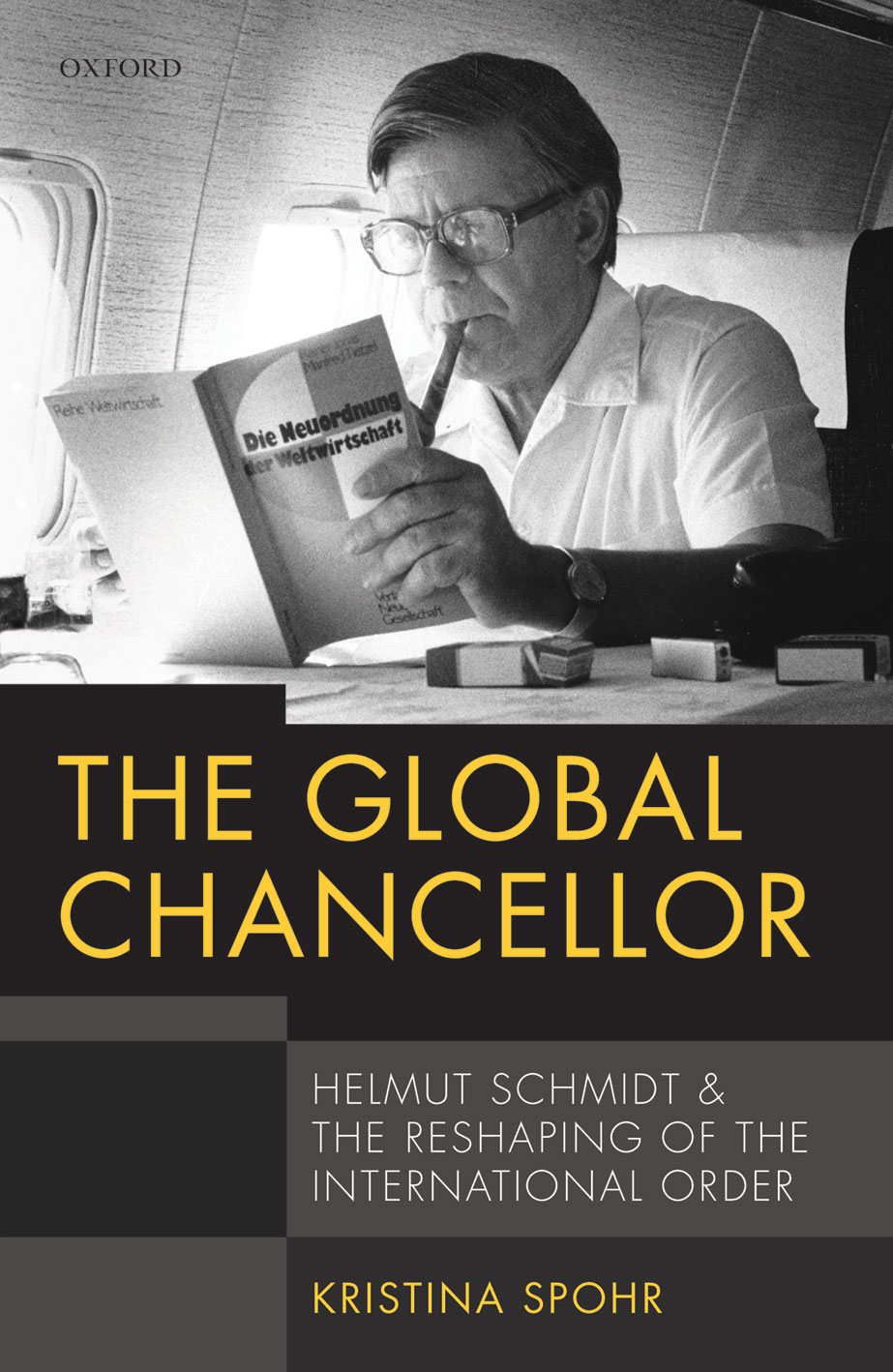 Helmut Schmidt is the neglected chancellor of modern German history, overshadowed by ‘the greats’ – Bismarck, Adenauer, Brandt and Kohl. This volume retrieves Schmidt’s true significance as a pivotal figure who helped reshape the global order during the crisis-ridden 1970s. This major reinterpretation, based on detailed research in Schmidt’s private papers and numerous archives in Europe and America, reveals him as a leader equally skilled in economics and security, and adept at personal diplomacy, who dared to act as a ‘double interpreter’ between the superpowers during the nadir of the Cold War.

Schmidt was no mere ‘crisis-manager’: in fact he brought to the chancellorship a depth of reflection, evident in two decades of writings and speeches that justifies considering him an intellectual statesman on a par with Henry Kissinger. His achievements were prodigious. Hailed as the ‘world economist’, Schmidt helped create the G7 forum for global economic governance and the European Monetary System at a time when capitalism seemed on the rocks. And as the ‘strategist of balance’, he designed NATO’s ‘dual-track’ response to the crisis caused by the massive Soviet arms buildup of Euro-missiles. This decision, Kristina Spohr argues, played a crucial part in holding together the Western alliance and paved the way to defusing the Cold War in Europe.

Schmidt brought his country to the top table of world politics – what he unashamedly called Weltpolitik – as an equal of the wartime victor powers. It was through his Chancellorship that West Germany came of age on the global stage.